Bones are rigid organs formed by tissues in our body. The skeleton of vertebrates is mostly formed by bones. The main functions of bones are to give structural support to the body and the protection of internal organs. Bones also helps in the production of blood cells. There are two types of osseous tissues of bones that are different in their structure and distribution; Cortical bone and Cancellous bone.

Cortical bone defines as the thicker outer surface of long bone which sheathes the bone cavity known as Medulla. Cortex is the outer shell or sheath made by cortical bone. Cortical bone is also known as lamellar or compact bone which gives the strength to all long bones of the body, such as the femur. 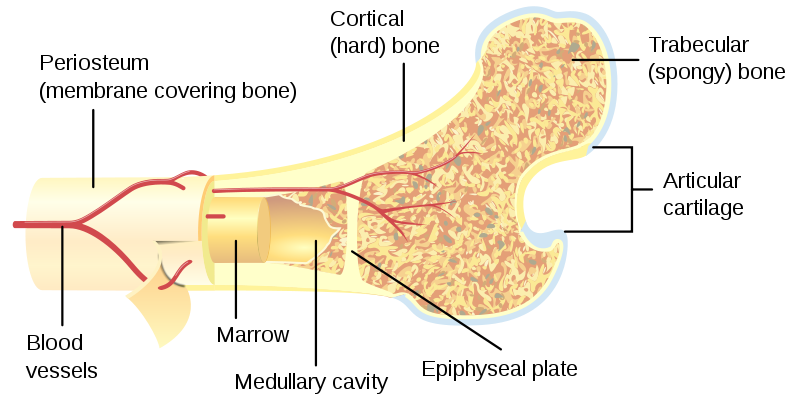 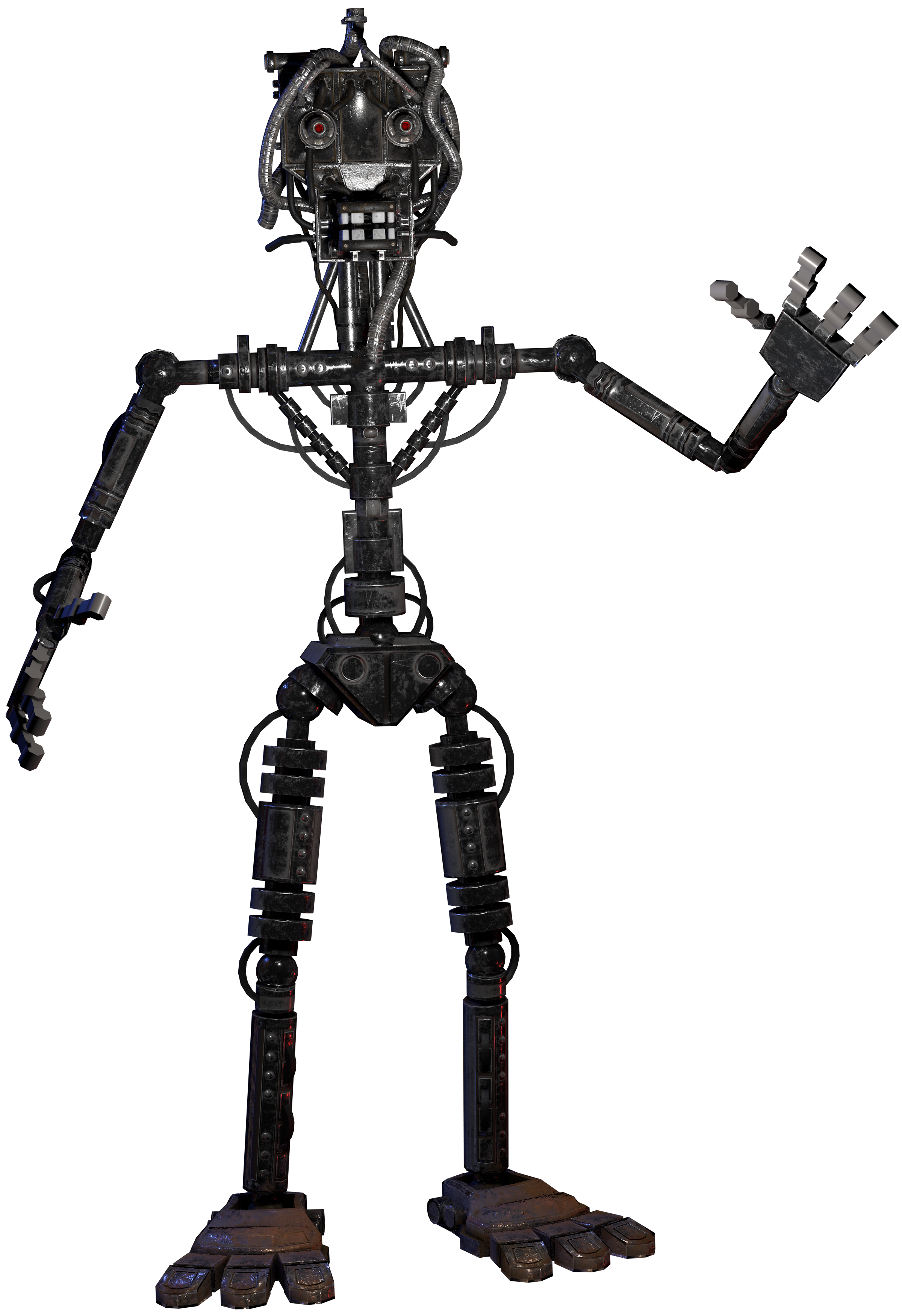 Functions of the Endoskeleton:

There are many different functions performed by a Skeleton. Without a skeleton, the body is noting as it cannot perform even a single task. There are six main functions that are performed by the skeleton of the body, are structural support, locomotion, protection, blood cell production, storage, and endocrine regulation.

The most important functions of the skeleton are the gross functions, which can be observed by vision. Support of Body Structure is one of a gross function and can be seen. Like the steel beam of the building gives a structure or shape to the building and supports its weight, the same function for the skeleton. The skeleton gives shape and made the structure of the body and supports its weight.

Skeleton of the body also supports the locomotion of the body. Bones in skeleton attached to each other on the specific points known as Joints. With the help of these joints, bones facilitate the movement of the body. Some of the bones serve as the only support for muscles. The body cannot produce movement without a skeleton on its own.

Bones also serve as the production of blood cells. The softer connection of tissues that fill the most of the interior of bone referred to as bone marrow. There are two forms of bone marrow in our body; yellow marrow and red marrow. The yellow marrow has adipose tissue; these tissues serve as a source of energy. The red marrow contains hematopoiesis; in which the blood cells produce. Red marrow is responsible for the production of red blood cells, white blood cells, and platelets.

Bones also perform the function of storage of fats and minerals. Bones also store calcium, and bone marrow stores iron in ferritin. Bones are not totally made up of calcium but the mixture of hydroxyapatite and chondroitin sulfate made 70% of bone.

A hormone (called osteocalcin) released by bone cells, which contribute to the regulation of glucose and fat deposition. Osteocalcin causes the increment of sensitivity, secretion, and reducing stores of fat. 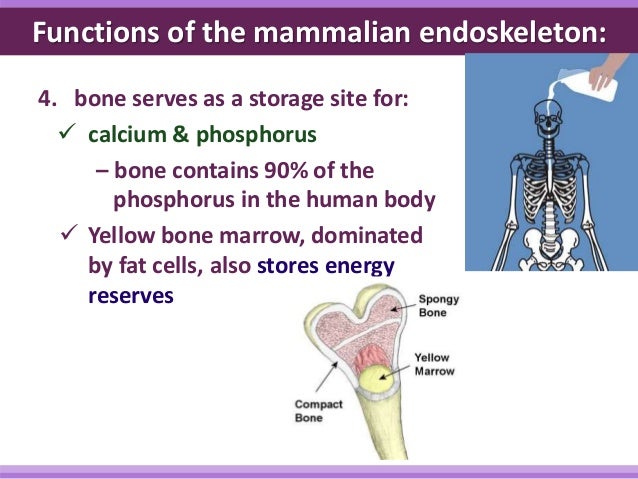