A muscle cell is also known as Myocyte, which is a specialized animal cell that can shorten its length by using a series of motor proteins especially arranged in the cell. And several other associated proteins help, actin, and myosin form thin and thick filaments that slide past each other in order to contract small units of the muscle cell. These units are known as Sarcomeres, and many run end-to-end in larger fiber, known as Myofibril. The single muscle cell consists of many nuclei that are pressed against the cell membrane. A muscle cell is a long cell as compared to other kinds of cells, and many muscle cells connect with each other to create the long fibers present in muscle tissue

Muscle cells are commonly called Myocytes. They are the specialized cells that makeup muscle tissue of the body. There are three types of muscle cells within the human body. 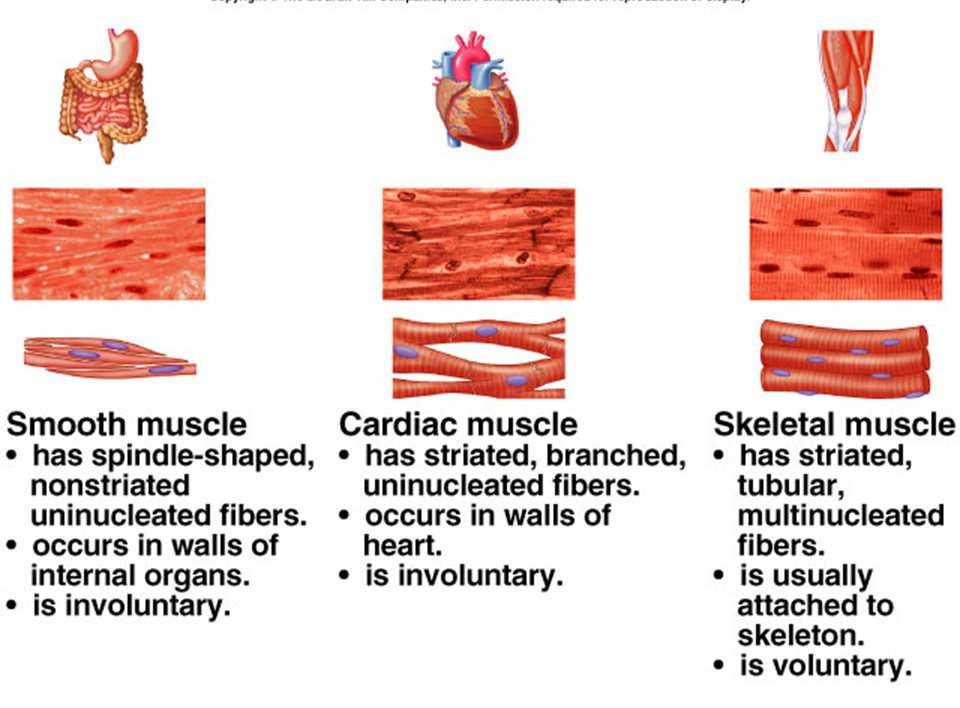 Cardiac muscles composed of cardiomyocytes cells that are short and slender cells, and rectangular shape cells. They typically contain one nucleus, similar cell organelles as skeletal muscle cells, and plenty of acrosomes, which give the desired energy for contraction. Cardiomyocytes are structurally connected by intercalated discs that have gap junctions for diffusion and communication. They allow the transmission of contracted force between cells as electrical depolarization propagates from cell to cell, which facilitates a consistent contractile force. As these cardiac cells cannot divide, satellite cells are accountable for the replacement of the broken ones. 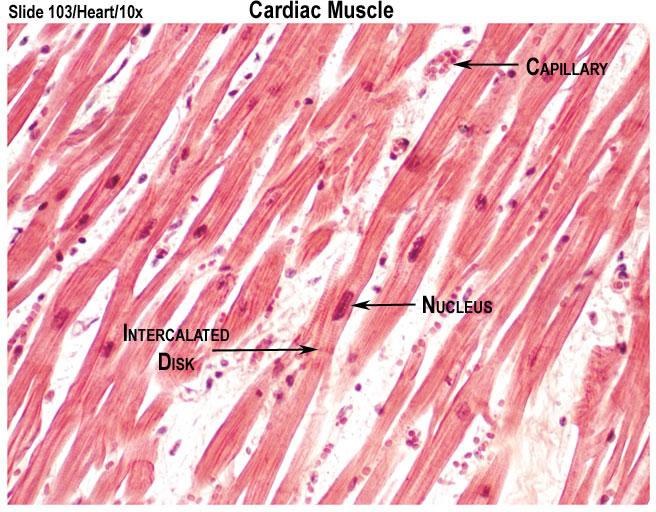 Skeletal muscle cells are long, cylindrical, multi-nucleated and striated. Every nucleus regulates the metabolic needs of the sarcoplasm around it. Striated muscle cells have high energy needs, in order that they contain several mitochondria so as to generate adequate ATP. The sarcoplasm consists of myofibrils, that successively are created from thick and thin myofilaments. These cells create the muscle that we tend to use in movement and manufacture contraction because of the sliding of myosin heads over the actin filaments. This method is regulated by factors like ca, troponin, tropomyosin, and t-tubules. 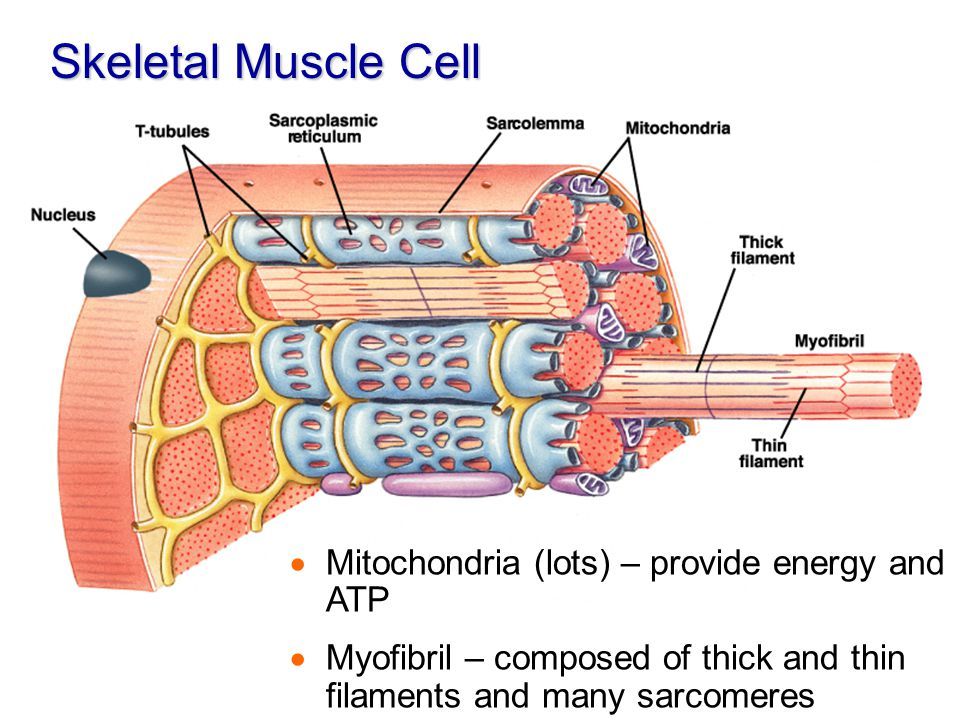 Smooth muscle cells are elastic, not striated, spindle-shaped and contain one central nucleus. Smooth muscle cells are organized along in sheets and this organization means they will contract at the same time. They need poorly developed sarcoplasmic reticulum’s and donâ€™t contain t-tubules, because of the restricted size of the cells. However, they contain different traditional cell organelles like acrosomes however in lower numbers. Smooth muscle cells are accountable for involuntary contractions and they additionally contain gap junctions for the diffusion of depolarization.

Structure of a Muscle Cell:

A muscle cell is composed of a compact bundle of many myofibrils. Each myofibril is composed of many sarcomeres bundled with each other and attached one end to another end. A special kind of endoplasmic reticulum is called Sarcoplasmic Reticulum, which extends in and around myofibril bundles. The sarcoplasmic reticulum concentrates a chemical that is necessary for the muscle cell to contract and it is activated by the signals which come from nerve cells.

The function of a Muscle Cell:

Which of the following surrounds the individual muscle Cell?