Simple squamous epithelium is the tissue that creates from one layer of squamous cells which line surfaces. The squamous cells are thin, large, and flat, and consisting of around nucleus. These tissues have polarity like other epithelial cells and consist of a distinct apical surface with special membrane proteins. These epithelia play an important role in diffusion, osmosis, and filtration. By this, they become important in the kidney, in alveoli of lungs, and in walls of capillaries.

This epithelium is composed of a single layer of thin cells that are tightly packed with each other and ideal medium for selective transmembrane transport. Membrane proteins involve in the forming of tight junctions in order to ensure the movement of ions, gases, small molecules or water occurs by cells and no diffusion occurs, or osmosis by interstitial spaces. The plasma membrane composed of the basolateral surface. 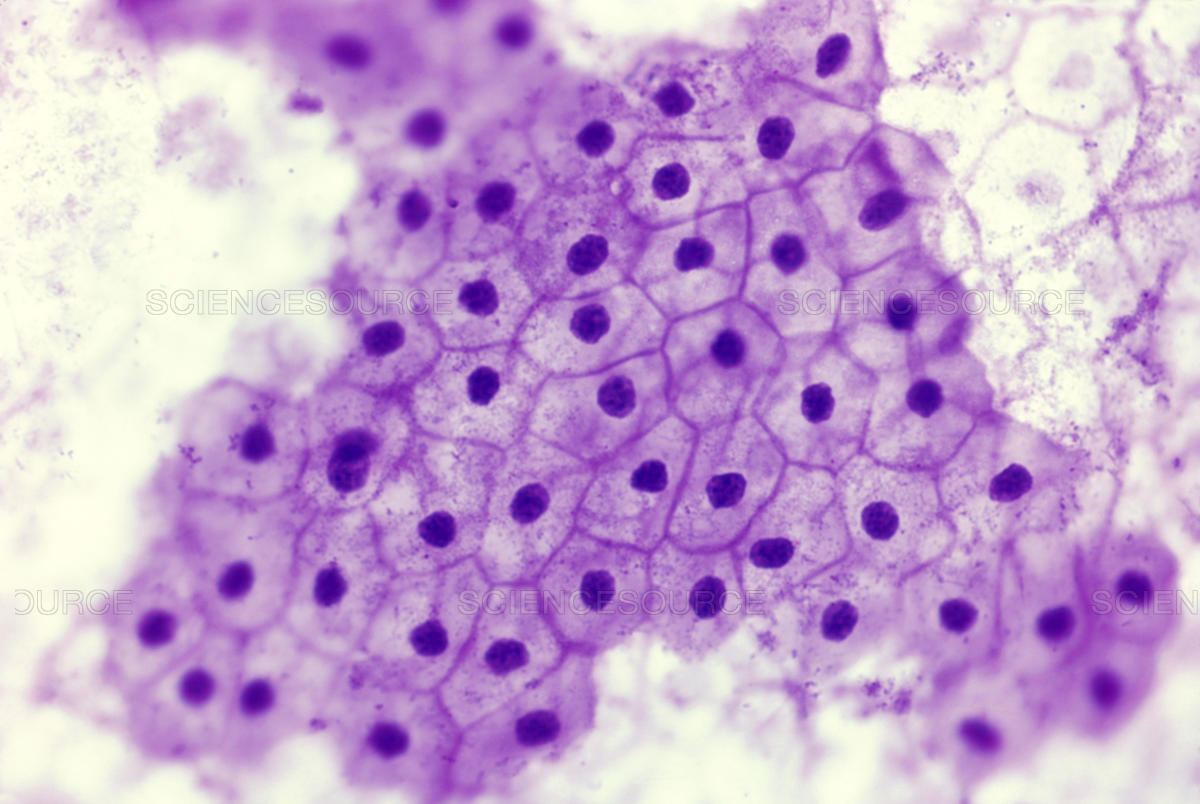 Simple squamous epithelia are lies in a variety of locations, which start from capillaries to alveoli of lungs and nephrons of the kidneys. These epithelia derive from the mesoderm or middle layer of embryonic cells, known as Mesothelia. These tissues line many body cavities by include pleural cavity which lies in lungs, peritoneum, and mediastinum, also called the Endothelium when they are forming inner lining of blood and lymph vessels.

The air enters the body by nostrils and passes through many tubular structures including pharynx, larynx, trachea, and branching network of bronchi to alveoli ending. Pulmonary alveoli structured as a resembling a set of florets at the stalk end. These highly vascularized bulbous structures are composed of a single layer of squamous cells and surrounded by an intricate network of capillaries.

The capillaries also composed of a single layer of squamous cells, and this permits for gas exchanging between alveoli and blood vessels. The two sets of simple squamous epithelia have a crucial role in this body function. The blood is the main organ of transport nutrients and removes wastes. Most important waste materials in the body are nitrogenous substances create in the result of protein and nucleic acid metabolism. These materials removed from blood in structures, known as Glomeruli in kidneys.

The kidney is composed of million functional subunits are known as Nephrons. A glomerulus is a small tuft of capillaries that interact nearly with one end of nephron as; the Bowman’s Capsule.