What are homologous structures: They are defined as the organs or the elements of animals skeletal and organisms that suggest their inheritance from a common ancestor by virtue of their similar properties. These structures do not look exactly similar or the same to each other or have the same functions to do. The mean comes from the name of this structure is that they are structurally similar to each other.

Some examples of homologous structures are mention below:

Many mammals including cats, monkeys, rats, and others have a tail. The tail is an extension of the torso, which is made by flexible vertebrae in the mammals. The primary function of tails is to ward off the insects, but they can also work in order to balance for more aloof species, such as cats.

The humans also take a similar feature of the tail, which is known as coccyx or tailbone.

The feature of the human coccyx structure nearly resembles that animal tail which gives the scientists reason in order to link it to the common ancestor between the mammals and humans. The tail of mammals and coccyx of humans are homologous structures because if this link between them.

All the animals cannot be seen in the way like humans. The creatures of deep-sea live in the so dark environment, as their eyes produced the sophisticated discriminatory skills which have the human eye. Their visual cues derive from the light receptors close to the front of their skull, and they don’t see depth or color.

Carl Linnaeus classified the giraffes in the group which has captured the eye of all who explore Sahara. Especially, their long necks are the cause of attention. They usually measure up to eight feet in length and has weight over 600 pounds. They consist of seven cervical vertebrae or neck bones.

The humans also evolved cervical vertebrae, but they have a shorter neck than the giraffe. Both giraffe and human necks have consisted of seven bones. This similar structure of giraffe and human necks permit the scientific community to posit that humans and giraffes, but they may be different from each other. The cervical vertebrae of the neck bone of both humans and giraffes have a homologous structure. 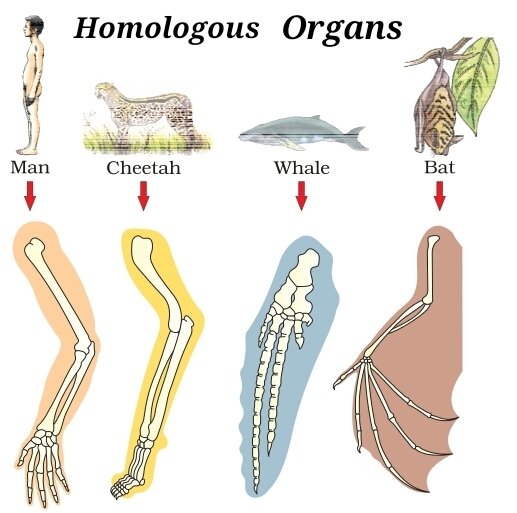