What is Adaptation: Adaptation is a natural or fictional representation of someone else’s work, which changes some aspect(s) from its original. The word comes from the Latin “ad,” meaning to, and “Aptus,” adaptation meaning fit.

What is adaptive: The adaptation of an organism is a change in its body or behavior because of natural selection. When organisms with specific characteristics survive and reproduce better than those without, the genes that produce these characteristics become more common in subsequent generations and are called adaptive. 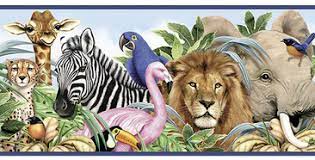 There are two main types of adaptation:

A Structural Adaptation is a physical change, such as an animal developing thicker fur to survive in colder climates. 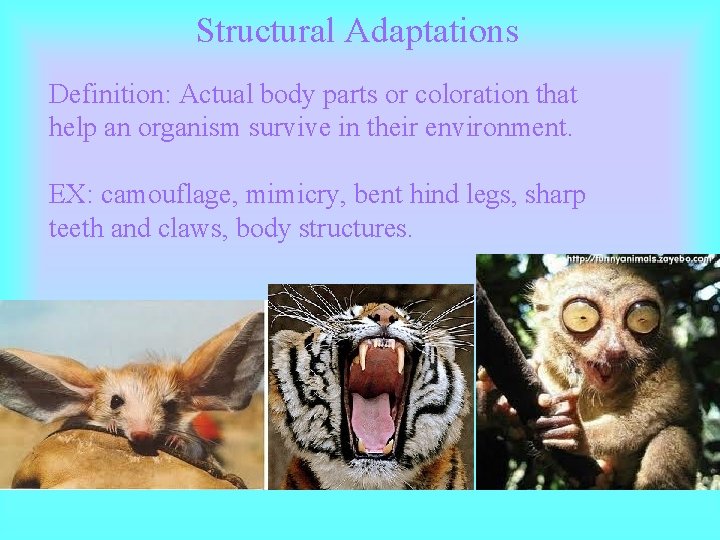 A Behavioral Adaptation is when one organism changes its behavior to adapt more efficiently, such as migrating to a new location or changing its diet. 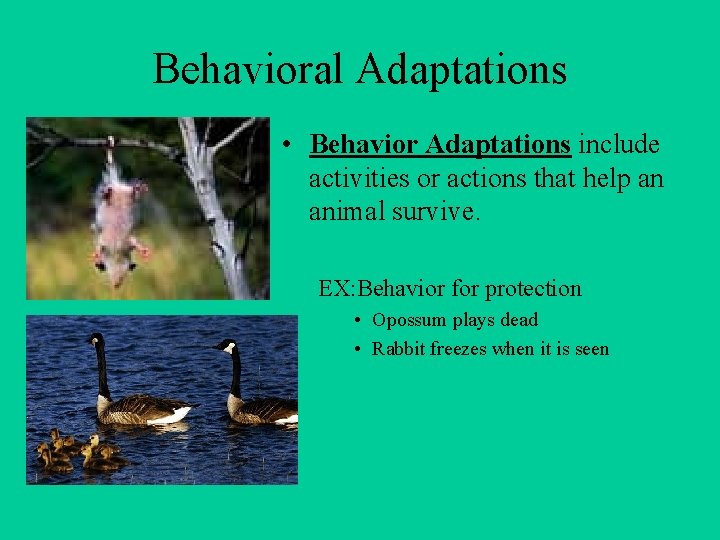 Adaptations can also be categorized as exaptation or a spandrel.

Exaptation is a trait that developed because it benefited an organism selected for by natural selection. For example, birds whose wings allowed them to fly have been chosen for and spread worldwide. This type of adaptation is often called an evolutionary accident. This trait was helpful but wasn’t directly beneficial to survival or reproduction. In these cases, natural selection allows the random mutations that create these traits to persist in populations even though they weren’t helpful at first because there was no harm from having them either. These adaptations later become extremely helpful when the situation changes, and those traits give organisms advantages over their peers and competitors. A ` is an adaptation that’s often present in organisms, but it doesn’t benefit the organism. Stephen Jay Gould and Richard Lewontin coined the term to explain why certain features commonly seen in species are seemingly useless. This can be seen in human bodies because for every part like eyes, ears, fingers, etc., there’s something else that has nothing to do with it specifically; these qualities serve no purpose other than also being found on the body somewhere else (i.e., the back part of your ear helps you hear without being so close to the front). Adaptations are reactions or abilities gained through evolutionary processes which aid their possessor directly or indirectly in surviving, attracting mates, and reproducing, therefore allowing their spread throughout a population.

Adaptations can be classified into Active or Adaptive, based on whether the transformation was present in the population before the generation of its current use or if it was not present and had to evolve.

These adaptations may be inherited morphological, physiological, and behavioral characteristics of an individual organism, increasing the probability of successfully reproducing. The original function of a transformation is called its “selectional root.”

A mutation is a change in the genetic material of an organism. If this change gives the organism a better chance of surviving and reproducing, then the genes causing that variant will become more common in future generations. This process is called natural selection. Recombination occurs when two-parent organisms with different genes produce offspring with a combination of their parent’s genes. This may be one way that new combinations of genes arise.

Genes travel from one population to another through gene flow (migration). Sometimes these genes come directly from other populations (immigration), but they move indirectly via intermediate populations (emigration or immigration). Gene flow can occur between adjacent populations or oceans; its magnitude varies from very low to relatively high. Gene flow can also happen because of hybridization or two closely related species crossing. In this process, genes from one species are combined with those from another, producing “hybrids.” The hybrids may be infertile and not survive to reproduce, but they will contribute more of their genes to the next generation than either parent population did before their genes were mixed.

Hybridization is sometimes an essential mode of speciation–that is, it leads to the formation of a new species. This happens when a resident population interbreeds with a recently arrived immigrant and produces only hybrids for several generations until its members become genetically distinct from the original population. Over time, it evolves into a new species.

The process of adaptation can occur quickly within a single generation. The genetic material passed from one generation to the next is changed by random mutation and recombination events during reproduction, resulting in new variants that may be beneficial. These unique traits will provide an advantage for survival and reproductive success if they match the environment where the organisms live better than the previous trait did. For example, consider a population living at high altitudes with low oxygen levels—attributes such as a bigger lung capacity would give a greater chance of surviving and reproducing. By chance, genetic mutations could produce individuals born with larger lung capacities, increasing their chance of having more offspring who inherit those traits. Over time, these changes accumulate through evolution into larger and larger populations of organisms with the new features, while the original population’s distribution is reduced by extinction.

Humans live on an incredibly diverse set of habitats; tropical rainforests, arid deserts, and mountains are just some conditions under which humans have adapted. Even within a more homogenous environment, such as the East African plains, there is a high variation in climate and temperature.

Humans who could not regulate their temperature and sweat efficiently would be at a disadvantage when the environment was too hot or cold. Over time, people with certain traits adapted to these climates survived better; their offspring carried similar characteristics.

Human populations in colder climates have darker skin pigmentation to protect against UV radiation from sunlight, while people in hotter regions are more likely to succumb to diseases that attack the white blood cells they use for defense. Adaptation is an ongoing process that continues today because of humans’ mobility across the globe–just since the year 1500 AD, over 200 million people have emigrated away from their birthplaces!

General Adaptation Syndrome also brings changes in the environment, which is comprised of three phases: Some adaptations in human beings that have been studied include: No matter what adaptations you have gained through your ancestry, there is still room for change! Humans can pass along traits they’ve picked up through experience, too–for example, and studies show that people who do lots of cardiovascular exercises will make their children more fit. Like all living things, humans have adapted in ways both big and small throughout their history. Biologists define an adaptation as a trait that increases a species’ chance of survival and reproduction within its environment. Even if those traits aren’t the most helpful everywhere, they’re found.

Rhino beetles differ from their cousins in one significant respect; they can survive without water for days at a time. These beetles live in the southwestern United States, boiling during the summer. They dig deep tunnels below ground and wait for rainwater to filter down into them. When this happens, they come out of their burrows and mate before returning underground once more.

A bird’s beak is an adaptation that helps it survive in its environment. The shape of the beak determines what kind of food it eats, like nuts or seed pods. Nectar-feeding birds have long, thin bills to poke deep inside flowers, while other species have short thick accounts suitable for cracking open seeds with hard shells. Beaks may also change depending on what food is available. If a population of birds can no longer find its usual food, it may start eating something new and develop better beaks to help them access their nourishment. 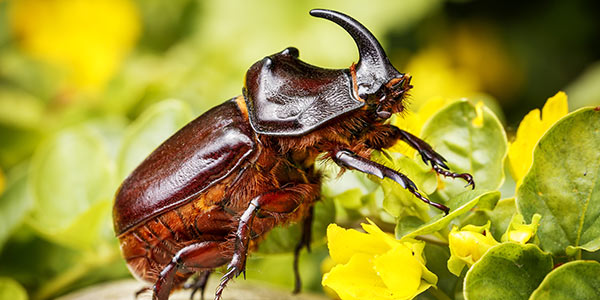 The horned lizard has flattened horns, making them appear like antlers found on other animals. The lizard uses these spikes to fight or frighten predators by lunging at them with the horns extended forward. The shape of the horns gives the horned lizard an advantage in combat because they can strike faster than any other animal its size. 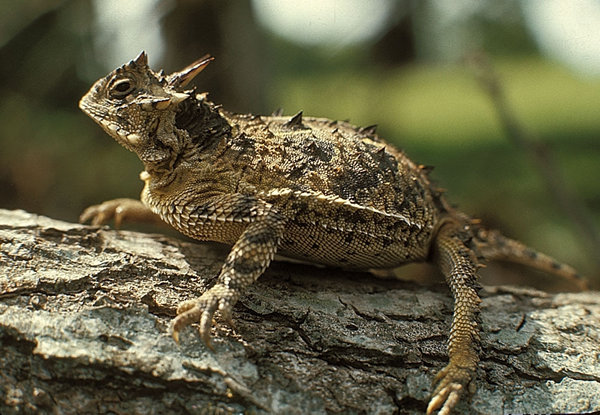 The kiwi bird has a tiny beak, which can cause problems if there is an object inside its throat. The large egg the kiwi mother lays takes up almost its entire stomach, and it has to eat many times a day. It developed an esophagus to get around this problem, which makes sure food gets down quickly by moving back and forth in the kiwi’s neck when eating! Without this adaptation, the kiwi would starve because of its egg size.

Adaptation gives organisms like rhinoceros beetles, horned lizards, and birds in New Zealand unique features and behaviors to survive in its environment; sometimes, these adaptations are not perfect. 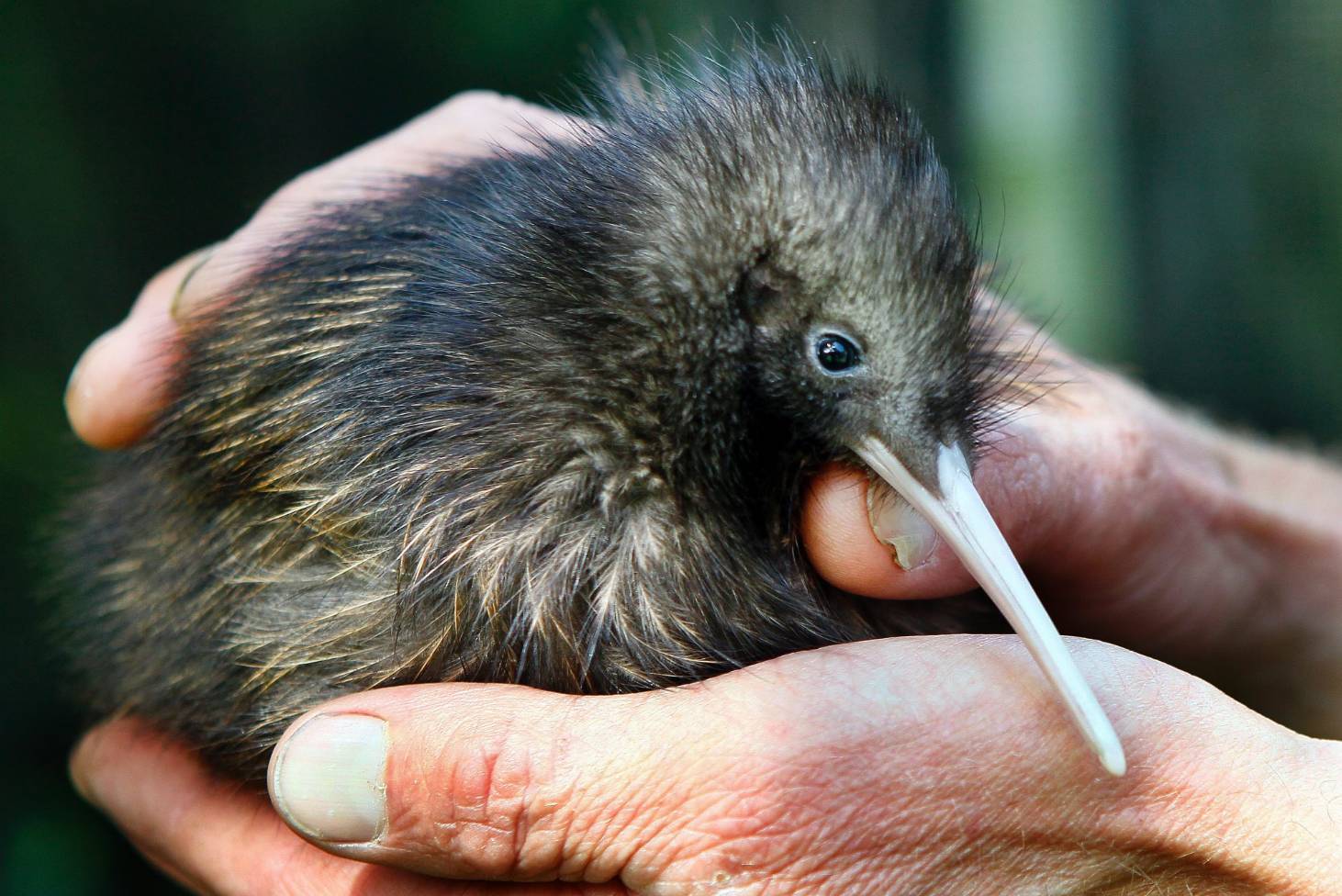