What is directional selection: It is defined as a force in nature which causes a population to evolve towards the one end to the trait spectrum. As some traits are discrete and have particular variations, but other traits are continuous and are existing as a wide range of closely infinite values.

If a discrete trait subjected to it, the just one variety will select. While if continuous trait goes through it, the highest or lowest value will select. The directional selection may be compared in order to Stabilizing selection, in which middle value is selected. Directional vale can also compare to Disruptive selection that causes an increase in both extremes of the trait spectrum.

Charles Darwin’s planned the idea of natural selection and artificial selection (human-created) and discriminatory breeding. During this, various processes yield much quicker outcomes than other procedures, but in short, all these procedures may lead to a variety of natural life on Earth.

Natural selection is the method that leads to the variation of an organism to its surroundings by means of selectively reproducing changes in its genotype or genetic constitution while less in phenotype.

Examples of Directional Selection are mention below:

Darwin noticed that species lie on different islands are remarkable vary, while undeniably coming from the same source. In recent years, two scientists Peter and Rosemary Grant studied the finches. In one drastic example, Grants observed as birds having large beaks, after only one season of the extremely drastic form of directional selection.

In Galapagos, specific plant species produce seeds in the wet rainy season to supply their seeds with water. But in drought years, these plants produce fewer, larger and tougher seeds. During a drought season, Grants have studied the finches on one island. The drought caused the seed to become larger and stronger. Before the drought, in the population of finches, beak size ranged from large to small. And the birds with small beaks were no able to eat, while birds having long beaks could survive there. This directional selection caused that finches have a much larger average of beak size as compare to the population before the drought. Grants documented many cases and have effectively shown evolution occurring at a population level, from year to year. 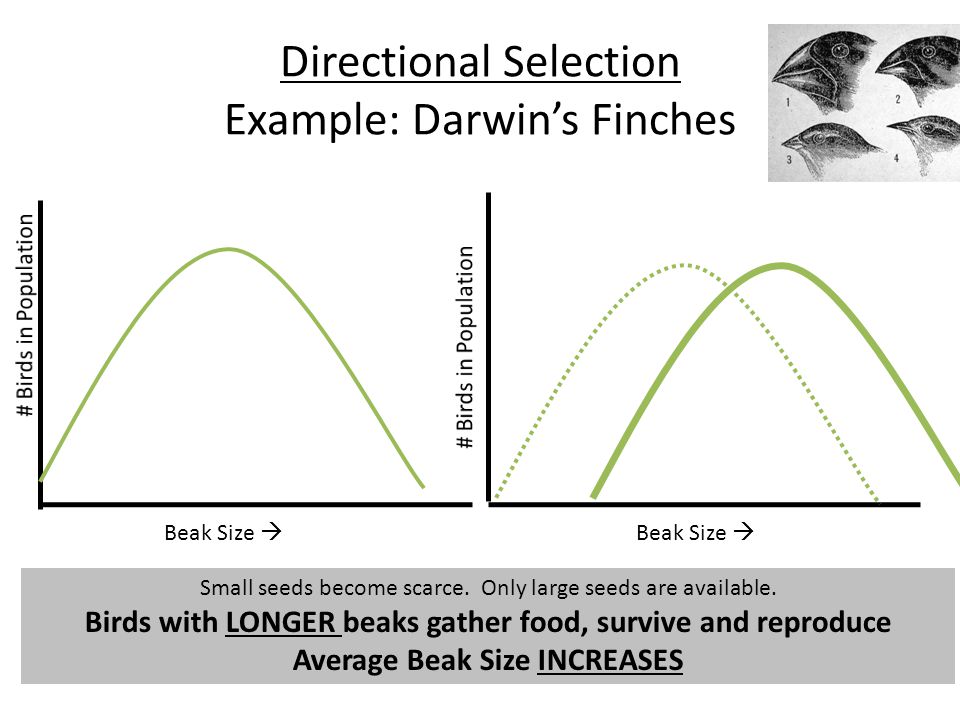 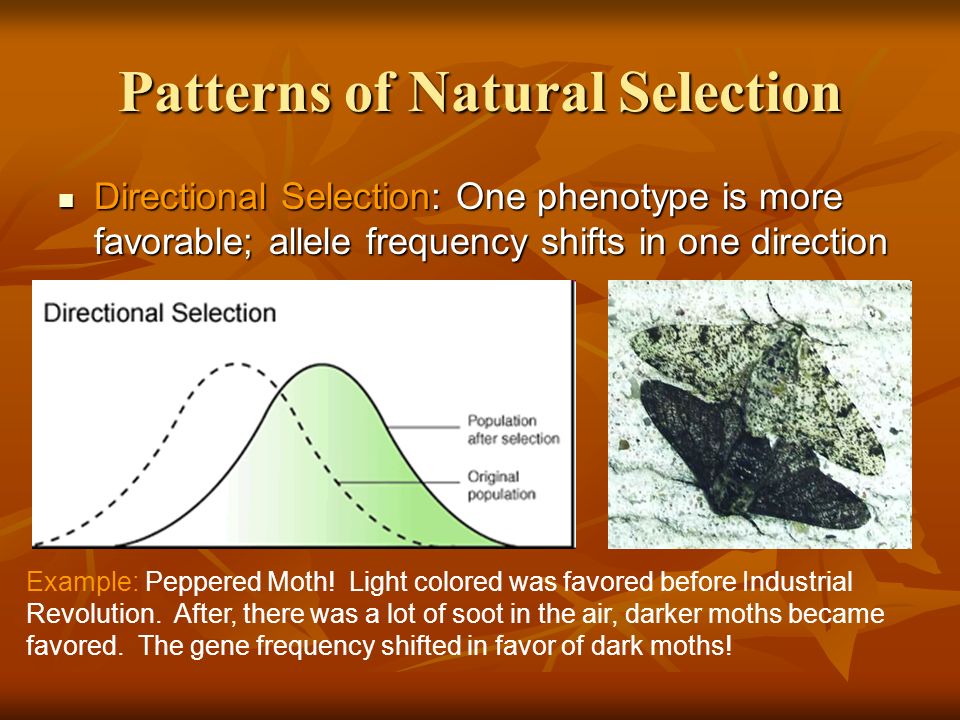