What is Gap junction: It is a type of cell junction. In it, the adjacent cells are connected with the help of protein channels. These channels help to connect the cytoplasm of each cell and permit molecules, ions, and electric signals to pass through between them. It lies between the majority of cells in the body because of their presence between cells which are directly touching other cells. Its only present in animal cells, while the plant cells connected through the channels, known as Plasmodesmata. 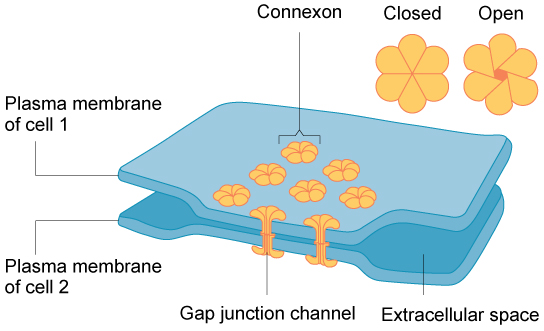 The function of Gap Junctions:

The main function which is performed by it is to connect cells together. This cellâ€™s connection allows the molecules to pass from one cell to the other cells. Due to this, the cells communicate with each other and allow to molecules enter directly in neighboring cells without to go through the extracellular fluid which surrounded by the cells. During the development of the embryo, the gap junction is much important when neighboring cells have to communicate together in order to develop in right place at right time. The embryos cannot develop normally if gap junctions are blocked.

Even, when a cell begins to die from any injury or disorder, neurotransmitters send signals by its gap junction. These signals may cause of neighbor cells to die, even they are not injured. This is known as the ‘Bystander Effect’, by this, the neighbor cells innocent bystanders which become victims. 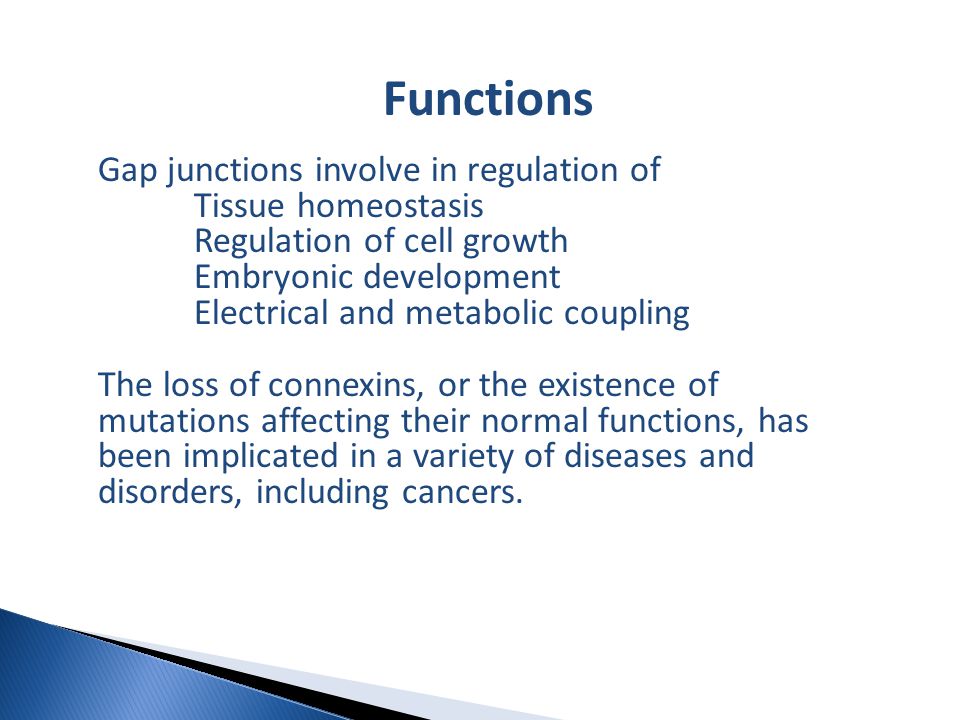