The divergent evolution is defined as the process in which the groups having the same ancestor evolve and accumulate differences and the result comes as the formation of new species. 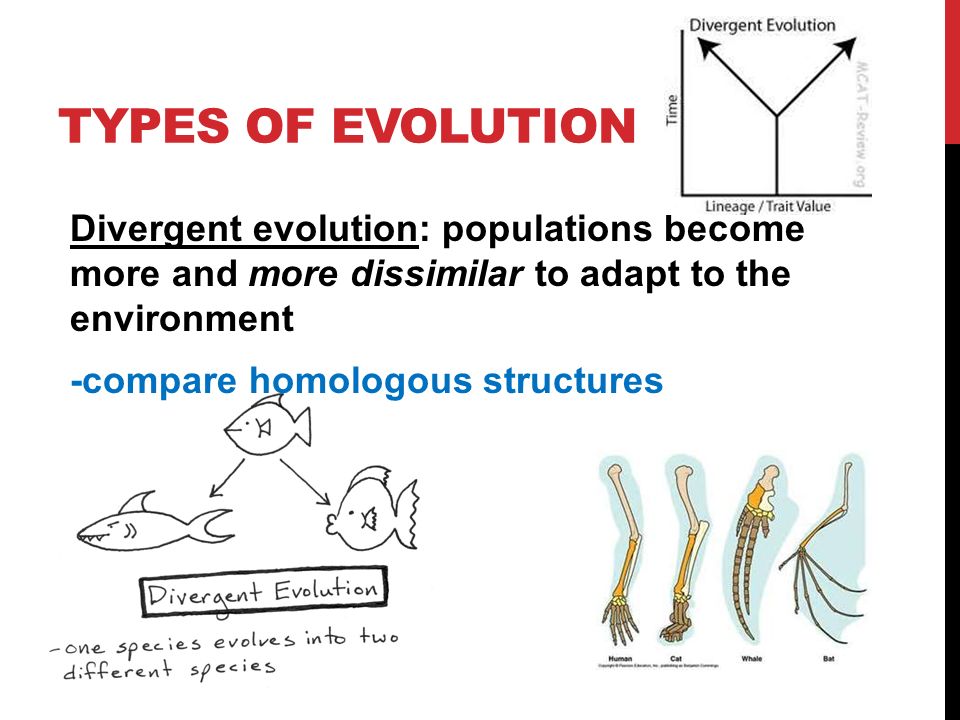 The organisms can create homologous structures by the divergent evolution. These are similar to each other in structures anatomically that found in a common ancestor and persists within diverged organisms, as they have evolved dissimilar functions to perform.

The examples of divergent evolution are given below:

A scientist Charles Darwin observed one of the famous examples of divergent evolution. Darwin noted while visiting the Galapagos Island, that each island contains a resident population of finches which belongs to the same taxonomic family. But on each island, the population of birds differed from those to the near islands depends on the shape and size of their beaks.

Drawn suggested that each species of bird belonged originally to a single common ancestor species that had undergone modifications of its features on the basis of their type of food source which is available on each island. When an ancestral form of the finches initially colonized to each island, then each group had the individuals who had the ability for better adoption to the condition and available source of food. These individuals could survive and had the ability of reproduction in their new habitat. During this fact, the genes which controlled for certain favorable aspects were spread throughout the gene pool, while the individuals that had no favored features died out. This is the process of natural selection. 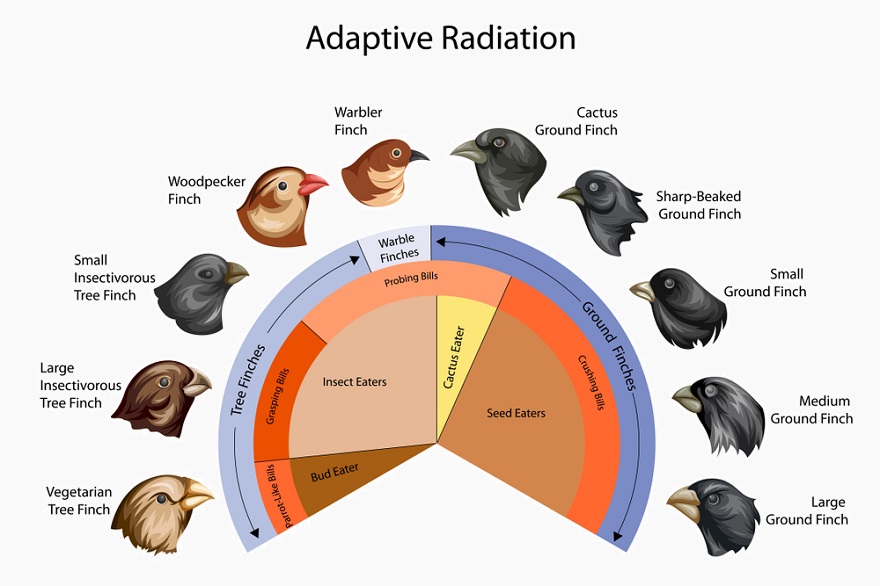 The case of ‘Darwin’s Finches’ is an example of adaption radiation that is a kind of divergent evolution.

All primates on earth evolved from the single common ancestor mostly like primate-like insectivore mammals. About 55 million years ago, the first primate evolved and diverged into prosimians and simians.

The next divergence occurred about 35 million years ago in other phylogenetic branches of primates. This fact is the result of the divergence of the common ancestor of all New World monkeys and Old World monkeys.

The New World monkeys or Platyrrhines are native to Central and South America and also in Mexico. They evolved flat noses and prehensile tails that act as the fifth limb and are able to grasp on trees and branches.

The modern primates are not evolving from each other despite their similarities but they are descended from a single common ancestor which forms two different species through divergent evolution. 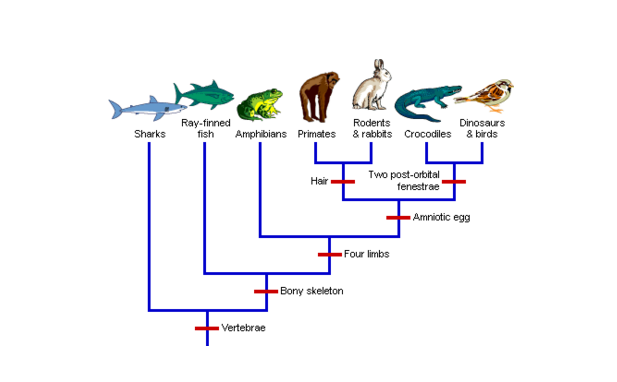 Two species that are closely related and undergone the divergent evolution are the kit fox and the Arctic fox.

The kit fox is native to Western North America and adapted to a desert environment having sandy coloration and large ears that help to remove excess body heat.

The Arctic fox is native to Arctic areas and lives in the Arctic tundra biome of the Northern Hemisphere. For the best adaption to cold climates, it contains thick fur and small round body shape.

Both these species have to adopt their extremely different habitats by having diverged from a recent common ancestor. They evolve in two species which are clearly very distinct in terms of their ears and coats, as they retain the majority of their ancestral features.

Difference Between Convergent and Divergent Evolution:

There are three main differences between convergent and divergent evolution. These differences are:

The relationship between analogous structures in different species which is evolved by convergent evolution can less distinct as compared to the homologous structures that have the same basic structural plan.