The stratified squamous epithelium is the tissues which are formed by multiple layers of cells on resting basement membrane with superficial layer contain squamous cells. Underlying cell layers can compose of cuboidal or columnar cells. 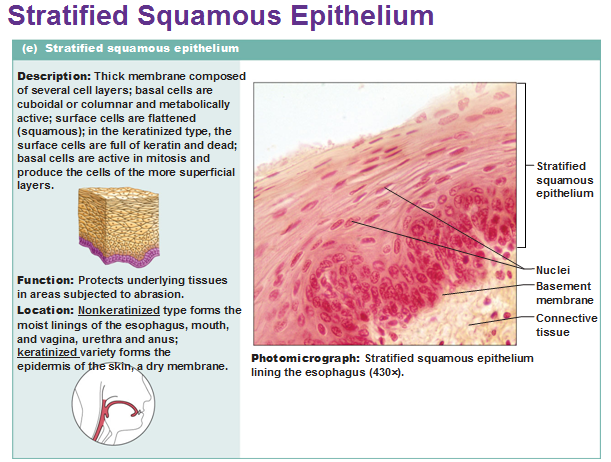 These stratified squamous epithelia can be classified as keratinized or non-keratinized on the bases of the cytoskeletal structure lies in the cell.

The keratinized tissues are important for physical abrasion as well as the possibility of desiccation and the loss of water. These tissues are specially structured to waterproof and reduction of evaporation by underlying tissues.

The non-keratinized tissues often secrete mucus as additional productive and the lubricating layer which can be seen in the esophagus and in the part of the reproductive system of the female.

Some of the organs like anus consist of both keratinized and non-keratinized stratified squamous epithelial tissues. In addition, the amount of keratinized can depend varying on the level of abrasion. 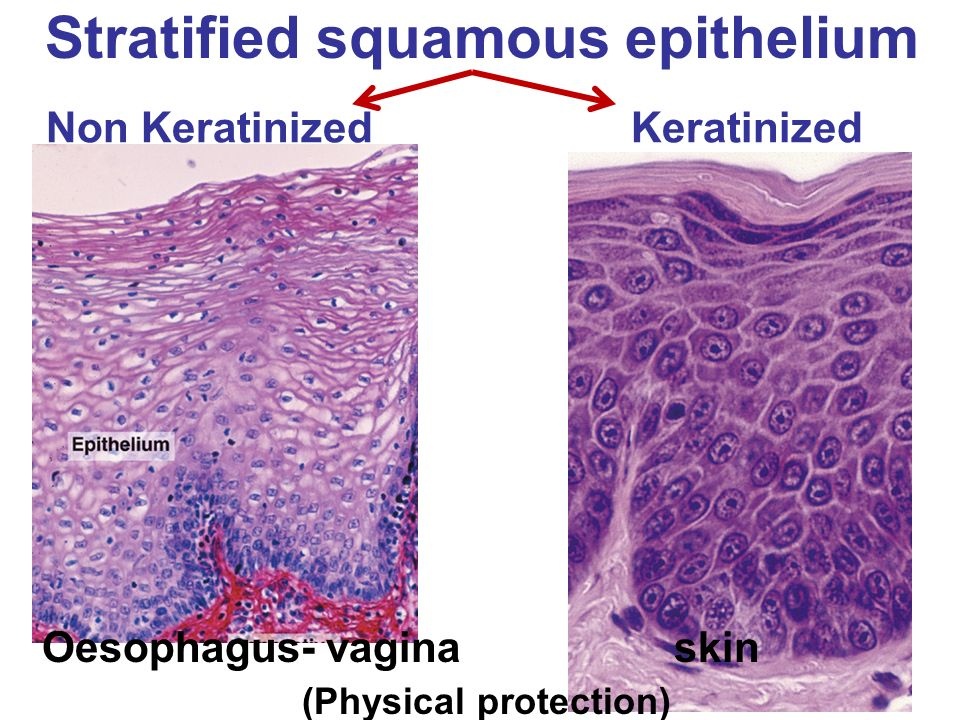 Epithelia contain multiple cell layers commonly lies in an area where mechanical or chemical abrasion and stress and tissues protect the underlying structure from the harm. Stratified squamous epithelium keratinized lies in closely every organ system where the body comes in close contact with the environment. They can also protect the body from water loss and desiccation.

These tissues lie in an upper surface of the tongue, the hard palate of the mouth, the esophagus and the anus, in the digestive system. It is common in the female reproductive system and in the vagina, cervix, and labia. It also lies in the cornea of eyes and maintains the integrity of the delicate tissue of the eye. This also present in the respiratory system.

The vagina has a connection between the cervix of the uterus and the external genital structure is mammalian female. The vaginal epithelium has an important function in maintaining sexual and reproductive health. The thickness and keratinization of squamous epithelium which is lie in this organ which is subjected to changing during the reproductive cycle.

The oral mucosa lines in the mouth and contains the stratified squamous epithelium as well as connective tissue underneath. The mouth consists of both keratinized and non-keratinized stratified squamous epithelium. The rough part of the mouth include the upper surface of the tongue and the hard palate or roof of the mouth has keratinized epithelia. These tissues have four layers; the basal layer, the spinous layer, the granular layer, and the superficial keratinized layer. The basal layer has in contact with the basement membrane and keratinization starts with the spinous layer. The third layer is different in the appearance of lipids and proteins which are secreted in the extracellular matrix.