DNA translation is the second step for creating proteins. In translation, the messenger RNA (or mRNA) is ‘decoded’ in order to build a protein, which consists of a particular series of amino acids.

Our skin, bone, and muscles are made up of cells. And each cell consists of many billions of proteins. The proteins are the key molecular building blocks for any individual on the earth. The instructions for making proteins are ‘written’ in the DNA of the cell in the form of the gene, for the starters.

A gene builds a protein by using two steps strategies; the transcription and the translation. In the transcription, a sequence of DNA of a gene is ‘rewritten’ in the RNA. In the eukaryotes, the RNA is processed in order to make the final product, known as ‘messenger RNA’ (or mRNA). 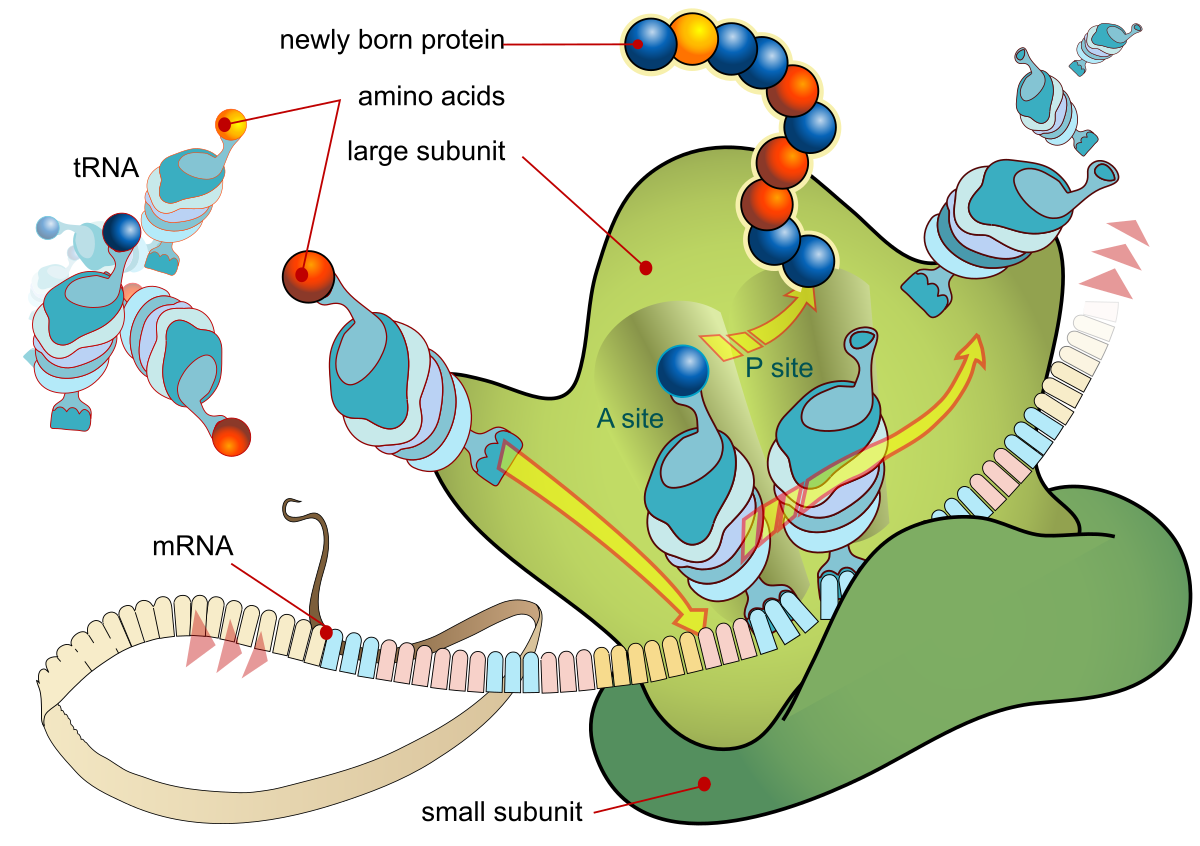 Steps of Translation Each cell makes the proteins that contain the right set of amino acids, link with each other in the right order. A cell builds proteins by using four stages of the translation; initiation, elongation, and termination, epilogue.

Initiation is the first stage to build protein by the cell. In the initiation stage, the ribosome gathered around the mRNA to be read and for the first transfer RNA (or tRNA), which carries the amino acid methionine. This setup is required in order to start the translation and this is known as ‘initiation complex’.

Elongation of Translation: Elongation is the second stage in which an amino acid chain gets longer. In the stage of elongation, the mRNA reads the information of one codon at a time, and the amino acid matches each codon added to grow the protein chain. During the process of elongation, transfer RNA (tRNA) moves by the A, P, and E sites of the ribosome. This process repeated many times as the new codons read and new amino acids added to the chain.

Termination is the last stage to build protein. In this last stage, the polypeptide chain is finished. It starts when a stop codon, UAG, UAA, or UGA, enters to the ribosomes, and trigger a series of events which used to separate the chain from its own transfer RNA (tRNA) and permit it to drift out from the ribosome.

After the process of translation termination, the polypeptide may still require to be folded into the right 3D shape, by undergo processing and get shipped to the right place in the cell.

After the process of translation, polypeptides often require some ‘edits’. Amino acids may be removed of altered chemically after the translation. The new build polypeptide folded into the distinct 3D structure and can be joined with other polypeptides in order to make a multi-part protein. Many proteins can be folded by own, but some proteins need help to do so. Some of the proteins also contain some special sequence of amino acid which directs then to certain parts of the cells.

Difference between Transcription and Translation

Both strategies of transcription and translation are used by a gene in order to build proteins. Transcription is the first strategy, used to rewritten the gene sequence of DNA in the RNA. While the translation is the second strategy, in which messenger RNA (or mRNA) decodes information of gene sequence in DNA in order to build proteins, which contains a particular series of amino acids. 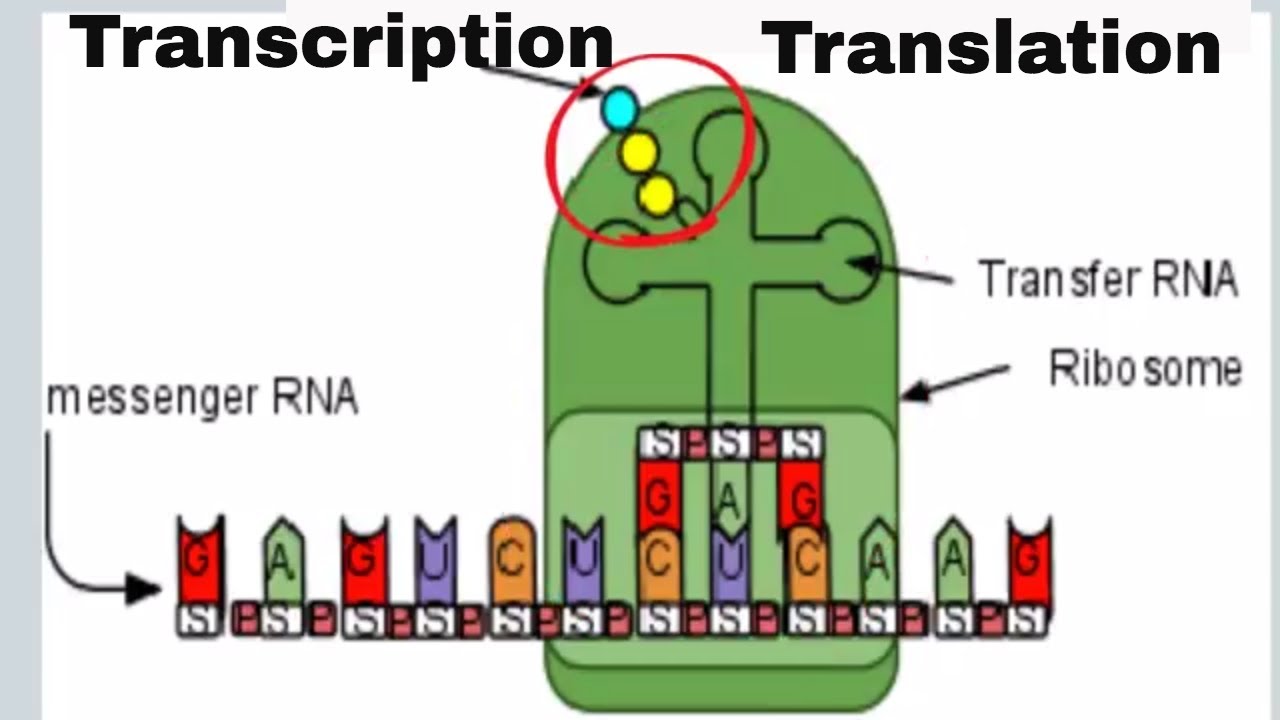 Explain the process of DNA Translation?

In messenger RNA (or mRNA), the instruction of build a polypeptide are RNA nucleotides ‘read’ in groups of the three. These groups of three are known as ‘Codon’. For amino acid, there are 61 Codons and each of them ‘read’ to a certain amino acid from the 20, generally lies in proteins.

One codon (AUG) acts as ‘start codon’ to give the signal for the start of the protein construction, and also specifies amino acid methionine. There are other three codons that do not specify the amino acids. These three codons are UAA, UAG, and UGA, known as ‘stop codons’, which gives the signal to the cell that polypeptide is completed. This collection of all codon amino acid relationships are known as “Genetic Code”, because through this cells ‘decode’ messenger RNA (or mRNA) into the chain of the amino acid.

How is an mRNA “read” to make a polypeptide?

An mRNA used to “read” to make a polypeptide in two types of molecules in translation; Transfer RNAs (tRNAs) and Ribosomes.

The polypeptides are builds in the structure of the Ribosomes. Ribosomes are made by proteins and ribosomal RNA (or rRNA). Each ribosome is consisting of two subunits, one is large and the other is small, which comes together around the mRNA. The ribosome gives a set of handy slots from where transfer RNA (tRNA) can find their match codons on the mRNA template and delivers their amino acid. These slots in the set are known as A, P, and E sites. The ribosomes can also act as an proteins for catalyzing the chemical reaction which links amino acid together in order to make a chain.

DNA Translation in Prokaryotes and Eukaryotes 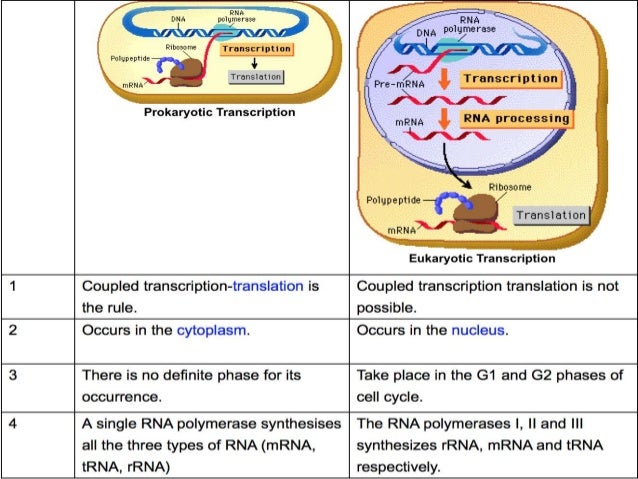