What is Taxonomy: It is a branch of biology in which all living things are classified. Swedish Botanist Carolus Linnaeus develops the term taxonomy. Linnaeus invented ‘binomial nomenclature’ which is a system used to give each kind of organism, a genus, and the species name. The taxonomy hierarchy is a system of classification, which is also developed by Linnaeus. Nowadays, this taxonomy hierarchy has eight ranks from the general to specific. These are; domain, kingdom, phylum, class, order, family, genus, and species.

A group of organisms that are classified by the unit is the term ‘taxon’. It can be general or specific. The brief description of all classified organisms is given in the taxonomic hierarchy of eight ranks.

The domain is the highest rank of organisms that are classified. The taxonomic ranks were invented by Linnaeus, but he did not invent the domain rank, that is used nowadays. There are three ranks of the domain of life which are Bacteria, Archaea, and Eukaryota. The Archaea is similar to bacteria and are single-celled organisms. Some of the Archaea lie in extreme environments, while other archaea live in mild ones. The Eukaryota or every living thing present on earth which is not archaeon or bacterium is closely related to domain Archaea than to the Bacteria.

The taxonomic ranks always capitalized except for the species. This permits the people to differentiate between the bacteria (the organisms which refer to all bacteria or only two particular bacteria), and Bacteria (the domain which includes all bacteria).

The kingdom was the highest taxonomic rank, before the introduction of the domain. In the past times, the different kingdoms were Animalia, Plantae, Fungi, Protista, Archaea, and Bacteria. But some of these classified groups were not accurate such as Protista. The protist includes all eukaryotic individuals who are not animals, plants, or fungi, but some of the individuals not closely related to each other. There is no agreement of this kingdom classification and some researchers abandoned it together. But in 2015, the researchers conclude the division of Protista in two new kingdoms; Protozoa and Chromista.

After the kingdom, the phylum is the next rank. Its rank is more specific than the kingdom but is less specific than class rank. There are 35 Phyla lies in the kingdom Animalia, such as including Chordata (an individual having a dorsal nerve cord), Porifera (sponges), and Arthropoda (arthropods).

Before the phyla studies, Linnaeus proposed the most general rank of class. There are 108 different classes’ lies in Animalia; including the Mammalia, Aves (birds), and Reptilia, among many others. The class of Animalia which is used today is similar to the Animalia which was purposed by Linnaeus. But the plant class which was purposed by Linnaeus was based on attributes such as the arrangement of flowers is different than today’s class which is not based on botany.

The rank order is more specific than the class. Some orders of Linnaeus till used nowadays including Lepidoptera (order of moths and butterflies). There are often between 19-26 orders of Mammalia which depends on how organisms are classified as source different. Some of the orders of Mammalia are Primates, Cetaceans, Carnivora, and Chiroptera.

The rank of Family is much specific. There is a total of 12 families lie in order Carnivora. Some families in Carnivora are Canidae, Felidae, Mephitidae, and Ursidae.

The rank Genus is more specific than rank of family. The Binomial Nomenclature is an organism’s scientific name that has the first part genus and the second part is species. The Genus and Species are the italicized taxonomic ranks. The scientific name used for humans is Homo Sapiens. Homo is the name of the genus, while Sapiens is the species name. Some of them were ancestral to humans, like Homo Erectus. Other livings at the same time were much closely related. It interbred with Homo Sapiens as Homo Neanderthalensis, the Neanderthals.

The rank species is the much scientific taxonomic rank. Sometimes, species are divided into the subspecies, while all species do not have multiple forms that are different even known as subspecies. There are approximate 8.7 million different species of organisms present on the earth as many organisms not yet discovered and categorized. In fact, the name of each genus is unique, while the same species names can be used in terms of different organisms. The name of species is always italicized but never be capitalized. It is the only rank that is not capitalized.

The scientific classification in the term of Humans is given below: 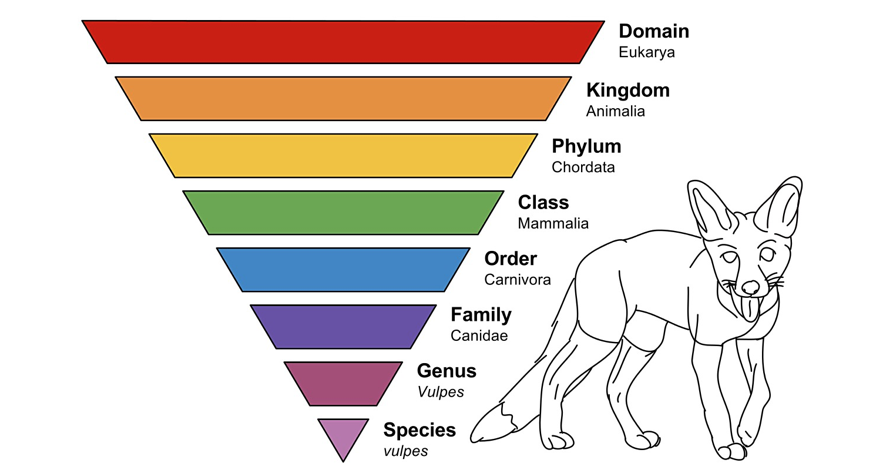 Another example of taxonomy is the classification of the red fox, Vulpes vulpes (as sometimes the name of genus and species are same through two different ranks).

Many mnemonic devices can be used in order to remember the order of taxonomy hierarchy; as ‘Dear King Philip Came Over For Good Spaghetti’. 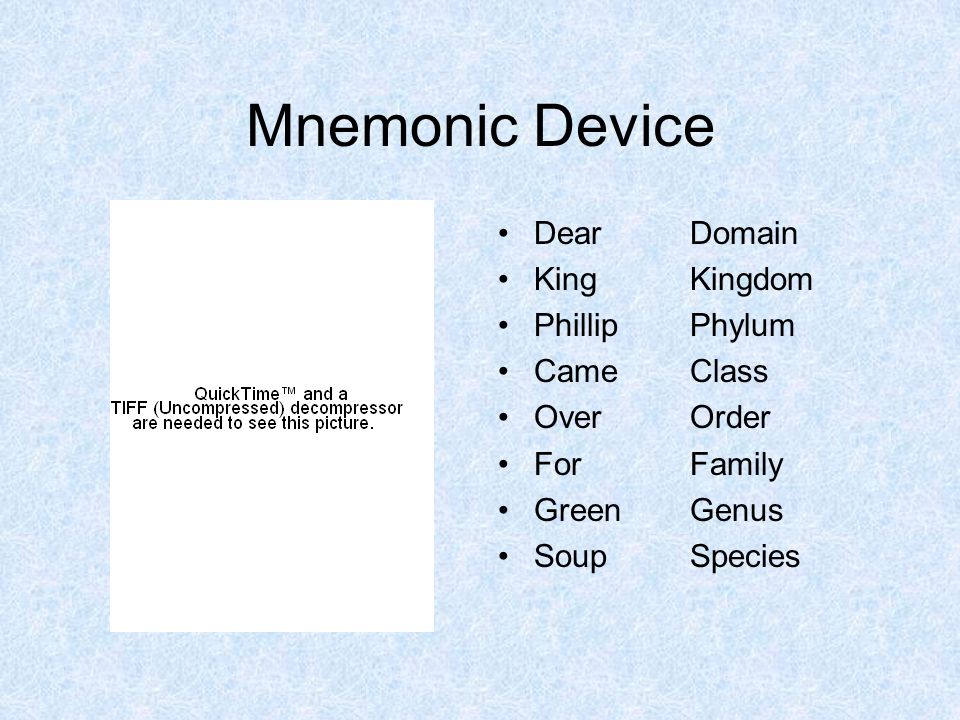