The Pharynx is the body cavity which creates a link between nasal and oral cavities along with larynx and esophagus. It is a five-inch long tube in size, and starts from near the nose and ends at the windpipe. In both vertebrates and invertebrates, it is considered as a part of the throat. In humans, it has a hollow structure which lined with moist tissues. A mucous barrier moist lining permit us to breathe and also helps to safely transfer of food through canal without damage the sensitive tissues of the throat. It is referred to as the part of both the digestive system and respiratory system. The pharynx muscular contains the entry of “food canal” (or esophagus), and the trachea, also called Windpipe.

It is made up of three parts. It is location referred as to starting point in space behind our nasal cavity (nose), and end on just above from esophagus and larynx. Esophagus and Larynx are the two main ways for entry at the mouth for both air and food. It works for both digestions of food and respiration.

Parts of the Pharynx:

It starts from the base of the skull and ends at the cricoid cartilage border. It comprised of three sections or parts from superior to inferior. These three parts are: The uppermost section of the pharynx (throat) is referred to as “nasopharynx”. Nasopharynx makes sense given to the nasal cavity (nose). The nasopharynx is the space from where air allows moving through the nose and into over respiratory linings. That means, pharynx also plays an important role in our respiratory system. This region is known as Conduction Zone because of its filter, warm, and inject the inhaling air with moist. So, the clean air is allowed to pass successfully in our lungs. The nasopharynx is the uppermost part of pharynx present between the base of our skull and end near to our tonsils.

The Oropharynx lies in the same vein. The Oropharynx is the “oral” portion of the pharynx. It lies near the region of the mouth, starts from our soft palate and ends at the epiglottis. Epiglottis is the “flap-like” high rising tissue which found on the hind end to our tongue.

Laryngopharynx is the last section of the pharynx, which is also known as “Hypo pharynx”. It is a short passage dorsal. This part presents our epiglottis and our esophagus. The last end Esophagus is a continuously way of passage which moves food through peristalsis (or muscular pulsing) to our gut.

Muscular Components of the Pharynx:

The outermost layer of it is made up of circular muscle which works as Constrictors. In its tubular structure, circular muscles tighten (or constrict) our “tubing”. On the outermost layer, every pharynx part has pharyngeal constriction muscles, which are innervated by our vagus nerve that is a parasympathetic nerve which ties to the working of heart, lungs, and intestinal tract.

The muscles which located underneath the outer layer are our longitudinal muscles. These are made by three muscle bands which stretches some distance and by seen looks different than the circular muscles.

The blood which supplies the pharynx muscles comes from the external carotid arteries. External Carotid Arteries has several branches which each feeds a distinct muscle area in the pharynx. Its main role is in the inhaling, air enters in the nasal cavity to makes its way to respiratory system material, which includes the larynx, the trachea (or Windpipe) and the bronchioles and alveoli of lungs where the process of respiration occurs. It connects the oral and nasal pharyngeal region, which allows breathing through our nose and mouth.

Pharynx Function in the digestive system is briefly described here. It also controls the digestion system. It equally plays an important role in the digestion of food. A series of contractions help in the passage of food and water down to the intestinal tract safely, without any damage of consecutive tissues. The longitudinal muscles of the inner layer widen the pharynx pipe and lift it upward. So, is allows the swallowing of the ingested food and drink.

Another interesting role also played by this, which is the projection of speech. By the passage of vibrations through the air, the sound produces. It gives the enclosed space in order to permit speech muscles to initiate sound properly and resonate it.

Pharyngeal Cancer is described below 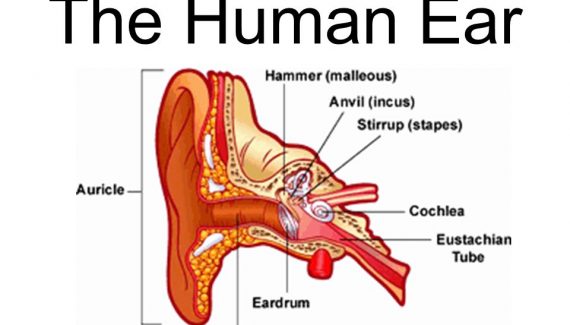